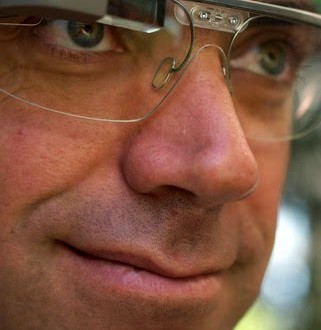 A Google Glass app titled NameTag will allow the user to access online information about a stranger merely by looking at them.

NameTag uses facial recognition technology that will allow you to take a snapshot of the person you forgot or the cute person at the bar and send the picture to NameTag’s servers, where it will be compared to pictures available on social media sites. If a match is found, then the picture is sent back with the person’s name, as well as other significant personal details, including hobbies, interests, and even their current relationship status. If a criminal record is also found in the public record, it will flash in nice big red letters.

Google says that facial recognition apps are against their developer policies and will not be available through them. Nevertheless, Sen. Al Franken is concerned and has written the creators of NameTag to ask that they not release it.

“According to promotional materials, NameTag lets strangers get a broad range of personal information—including a person’s name, photos, and dating website profiles—simply by looking at that person’s face with the Glass camera,” writes Franken. “This is apparently done without that person’s knowledge or consent, which crosses a bright line for privacy and personal safety.” We may well be heading toward a world in which facial recognition is as ubiquitous (and maybe as welcome) as caller i.d., but Franken wants Tussey to hold off until the law catches up with what technology is capable of.