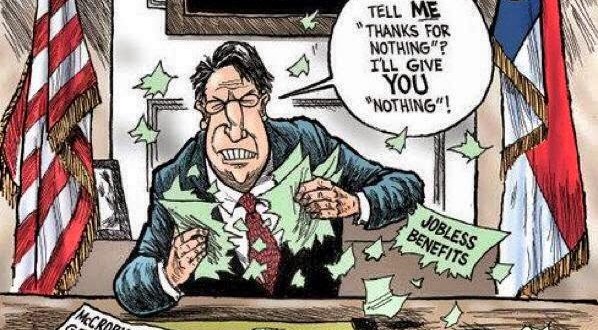 UPDATE: As I reported last night, Charlotte Mayor Patrick Cannon has reached out to fired grocery worker Drew Swope with an offer to help him find a new job. The Winston-Salem Journal has more today.

“To lose a job is nothing that someone wants to do,” Cannon said. “I felt that I would do what I could to help him along the way, if I could make something happen. I have a few leads for him to help him continue being a contributing citizen of Charlotte.” Cannon said he didn’t want to jump in the middle of the controversy and said he hasn’t spoken to McCrory about the incident. He said he was only trying to help one of his constituents. The story has attracted interest from media such as the U.S. edition of the British newspaper the Guardian, as well as the left-leaning cable network MSNBC. Cannon said Tuesday, “We all should have an interest in creating jobs and not eliminating them.”