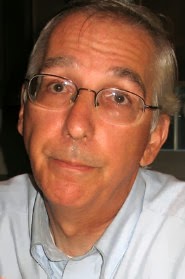 Email Of The Day – Eugene Delgaudio

“Dear Joe, I haven’t slept soundly in days, my stomach is in knots. I can’t stop worrying about what’s going on in our nation’s Capitol. What I’ve warned about for years is finally here. A life or death battle that will determine whether: A) The pro-Family movement answers the call, rises to the occasion, and defends our nation against the violations in the Gay Bill of Special Rights. B) The Homosexual Lobby succeeds and a privileged status is granted to every homosexual, bisexual and ‘transgendered in the nation. You and I have been fighting against this bill for years, but this time is different. By the time you get this email, insiders say the Gay Bill of Special Rights will be ready for a vote in the House of Representatives. You and I mobilized against openly homosexual Rep. Barney Frank when he pushed this bill in the past. But now they’re implementing tactics that have beaten us before. That’s why I’ve officially launched your Public Advocate into overdrive. This battle will be like none before. You and I must pull out all the stops. Please send your generous donation of $10, $25 or even $35 as soon as possible.” – Hate group crackpot Eugene Delgaudio, in his 19th money beg of 2014.

RELATED: Delguadio appeared in a Virginia court today where he was to argue why should not be booted from office. Unfortunately, the judge recused himself. Another judge will have to be appointed. Video at the link.

Previous Obama: Fox News Is Unfair To Me
Next Kremlin To Host Hate Group Convention