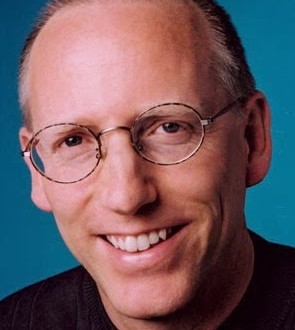 Yesterday’s Dilbert comic strip outed the long-running Indian intern character Asok in panels that criticized India’s recent recriminaliztion of homosexuality. As several JMG readers noted, the gay-themed strip did not appear in some newspapers around the country, where older strips were rerun. The Sandusky Register yesterday wrote about the substitution:

Today and Saturday, the syndicate distributing “Dilbert” — in an unusual move — sent the Register two sets of comic strips. The main strip, intended for publication, features topics such as homosexuality, war and politics. The alternative strips exclude any talk of these matters. A two-day series essentially mocks a recent Indian Supreme Court decision to make homosexual behavior illegal. The Register decided to print the strips with controversial themes — the ones Adams and others intended for publication.

Adams wrote about the flap on his blog:

Today Asok the intern came out. Tomorrow he’ll have some things to say about the so-called government of India. Cue the inevitable cries of “Stop being political! You’re ruining Dilbert!” Allow me to address that right now. It’s only political if there’s someone on the other side of the debate. In this case, no one favors a government deciding which sexual acts among consenting adults in the privacy of their own homes are allowed and which are punishable by jail. If I am wrong, and you favor the government restricting what kind of sex you can have with another consenting adult, please proudly state your case. I’m listening. Cue cricket sounds…