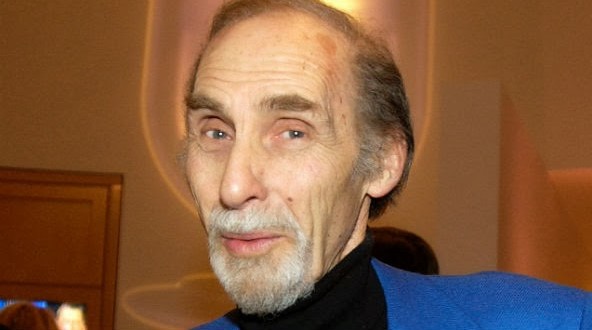 Sid Caesar, a comedic force of nature who became one of television’s first stars in the early 1950s and influenced generations of comedians and comedy writers, died on Wednesday at his home in Beverly Hills, Calif. He was 91. His death was announced by Eddy Friedfeld, a family spokesman. Mr. Caesar largely faded from the public eye in his middle years as he struggled with crippling self-doubt and addiction to alcohol and pills. But from 1950 to 1954, he and his co-stars on the live 90-minute comedy-variety extravaganza “Your Show of Shows” dominated the Saturday night viewing habits of millions of Americans. In New York, a group of Broadway theater owners tried to persuade NBC to switch the show to the middle of the week because, they said, it was ruining their Saturday business. Albert Einstein was a Caesar fan. Alfred Hitchcock called Mr. Caesar the funniest performer since Charlie Chaplin.

In 1962 Caesar earned a Tony nomination for his lead role in Neil Simon’s musical, Little Me. Choreography was by Bob Fosse. Below is one of his most famous skits with Nanette Fabray.