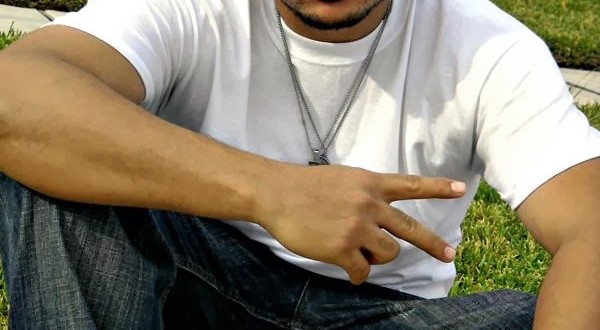 Christian rapper Bizzle, who created a small stir last month with his anti-gay parody of Macklemore’s smash Same Love, says that he’s getting death threats. And Focus On The Family is just thrilled to tell you about it.

The Houston-based rapper wrote his song in the aftermath of Macklemore’s performance of “Same Love” at the Grammy’s – where dozens of gay couples were married on national television. The rapper uses Christian principles to counter the public’s seemingly growing acceptance of homosexuality and “same-sex marriage” in American culture. The backlash via social media prompted Bizzle to create a website to post the hateful things being said about him – further proving his point that the tolerance is one sided. Promotion of tolerance toward anything liberal is fine but there’s no tolerance toward Christian worldviews. The consistent persecution continues.

I scanned Bizzle’s “death threats” website, where there are dozens of messages, but the only one that seems threatening is some guy who says, “I seriously hope somebody kills this guy.” Bizzle’s bigger problem, I would think, is that Justin Bieber just changed his name to Bizzle. Seriously. Anyway, wingnut sites including Fox News have picked up the death threat claims and are running it without apparent verification. We’re still waiting for Fox News to cover the actual death threats against the five year-old star of Good Luck Charlie.