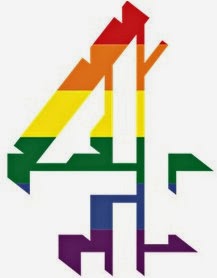 This is fantastic. Via the Guardian:

Channel 4 is to rebrand its on-screen logo with rainbow colours of the gay pride flag – and launch a TV ad campaign called “Gay Mountain” – joining the rising wave of protests about Russia’s anti-gay laws on the eve of the opening of the Sochi Winter Olympics. Channel 4, which has the TV broadcast rights to the Winter Paralympics, joins the growing ranks showing their support for gay athletes and protest against Russia’s anti-gay laws. The broadcaster’s distinctive logo will be rebranded on Friday, the day of the opening ceremony, and the “what’s on next” screens that air between shows will be similarly rainbow-emblazoned for the day.

Here’s Channel 4’s clip in support of the campaign.