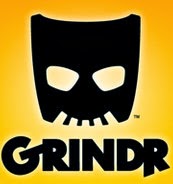 The British government has issued a warning to gay men about teenagers using hook-up apps such a Grindr even though such apps are supposedly age-restricted to adults only. Via Gay Star News:

The UK’s National Crime Agency has said, after an increase of teens reporting abuse on these apps, the responsibility is always on the adult. If an adult receives a picture of someone under the age of 18, under the law it means they have indecent images of children. And if an adult has sex with someone under the age of consent of 16, then they are breaking the law. Speaking to Gay Star News, a spokesman said: “No matter what age you are, if you’re in any doubt of your partner’s age – just don’t do it. The key thing is, we recognize people will use these sites to explore their sexuality. But if you’re feeling uncomfortable and questioning the age of someone else, don’t get involved.”

A spokesperson for Grinder issued a response: “We do our best to ensure all users follow our strict terms-of-service policy that require users to be at a minimum age of 18. ‘We have a diligent team of moderators focused on monitoring and ensuring users adhere to our terms-of-service guidelines.”

RELATED: Gay bashers have increasingly turned to online dating services such as Grindr and Craigslist to ensnare their victims. While such tactics have been big news in Russia and Ukraine, gay men have been murdered by Grindr hook-ups in the United States.