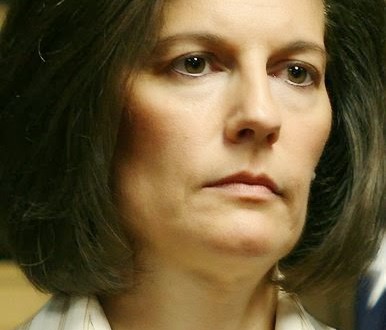 Nevada Attorney General Catherine Masto has filed a motion with the Ninth Circuit Court of Appeals, withdrawing her defense of the marriage equality lawsuit against the state.

Republican Gov. Brian Sandoval says he agrees with the move, saying it’s clear the state’s arguments supporting the ban are no longer defensible in court. The decision means Nevada will not argue to uphold the state’s constitutional prohibition against same-sex marriage that voters passed in 2002. Eight same sex couple sued the state, arguing the law is unconstitutional. Nevada lawmakers last year took the first step toward repealing that law. If legislators approve Senate Joint Resolution 13 again next year, it would go to voters on the 2016 ballot.

Masto’s move comes due to last month’s ruling by the Ninth Circuit Court, which applied “heightened scrutiny” in an unrelated lawsuit about a gay man who was summarily dismissed from a jury because of his sexual orientation. At the time, Lambda Legal promised that the ruling would be a “game changer” for other LGBT-related federal lawsuits.

“In the wake of the Ninth Circuit ruling in SmithKline Beecham v. Abbott Laboratories, the Governor has recognized that the writing is on the wall, and that arguments seeking to perpetuate discrimination are becoming extremely difficult to justify. Denying marriage to same-sex couples serves no legitimate state interest and is intended solely to perpetuate discrimination. As the Governor himself recognized, the heightened scrutiny standard that the Ninth Circuit’s SmithKline ruling now requires be applied to discriminatory classifications based on sexual orientation renders arguments supporting the marriage ban no longer tenable, and the Governor frankly made the only call he could.”

In Sevcik v. Sandoval, Lambda Legal, joined by pro bono co-counsel from O’Melveny & Myers LLP and Snell & Wilmer LLP, represents eight same-sex couples challenging Nevada’s law banning marriage for same-sex couples. The lawsuit argues that barring same-sex couples from marriage violates the Due Process and Equal Protection Clauses of the U.S. Constitution. A U.S. District Court judge granted Nevada Gov. Brian Sandoval’s motion to dismiss the lawsuit in November 2012, and Lambda Legal appealed the decision to the Ninth Circuit. The State submitted its brief supporting the marriage ban to the Ninth Circuit on the same day as the Court’s ruling in SmithKline.

So what happens next? Zoom, zoom, zoom?