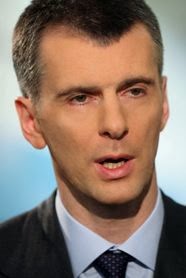 About The Owner Of The Brooklyn Nets

The owner of the Brooklyn Nets is Russian banking and mining billionaire Mikhail Prokhorov. In 2012 he ran for the Russian presidency against Vladimir Putin and won 8% of the vote. When he announced his candidacy in 2011, the NBA ruled that he could be president of Russia and still own an NBA team, citing the precedent of then-sitting US Sen. Herb Kohl (D-WI), who owns the Milwaukee Bucks. Prokhorov, 49, is also the head of the Russian Biathlon Union and yesterday he guided Russia’s team to a gold medal. Prokhorov has campaigned for LGBT rights in Russia and last year declared, “It is a personal affair who has sex with whom.” Some are speculating that the hiring of Jason Collins is a middle finger from Prokhorov to Putin.

RELATED: Tonight’s game against the Los Angeles Lakers will not be televised nationally, but you can listen to the play-by-play online via the website of NYC sports radio station WFAN.  The game starts at 9PM Eastern.

Previous Tweet Of The Day – Brooklyn Nets
Next Jason Collins At Pre-Game Presser: I Know How To Play Basketball, I’m Ready
UPDATE: Standing Ovation As Collins Enters Game At Start Of Second Quarter