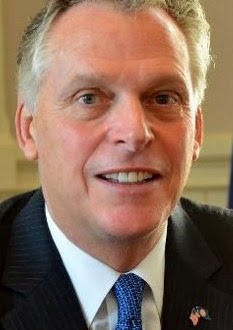 In his first official act following today’s inauguration, Virginia Gov. Terry McAuliffe signed an executive order protecting LGBT state employees from discrimination. Shortly after taking office in 2010, GOP former Gov. Bob McDonnell stripped such protections from the traditional order, claiming that there was no evidence that gay people are discriminated against.

McAuliffe: “My administration is committed to keeping Virginia open and welcoming to all who call our Commonwealth home. Executive Order Number 1 sets the tone for an administration that will not accept discrimination in any form, and one that will work tirelessly to ensure all Virginians have equal opportunity in the workplace, no matter their backgrounds, race, religion, or whom they love.”