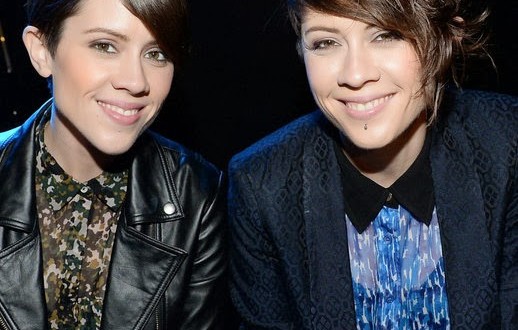 Canadian pop stars and lesbian twin sisters Tegan & Sara have recorded a jingle for Oreos that will debut during Sunday’s Grammy Awards.

Tegan & Sara’s commercial will double as a launch spot for Oreo’s new limited-edition flavors, Cookie Dough and Marshmallow Crispy Oreo Cookies, which arrive in stores next month. A one-time only, top-secret hashtag will be featured at the end of the GRAMMY commercial offering the fastest-thumbed fans on social media the chance to get a first taste of the new cookies. Oreo has teamed with social-conversion platform Chirpify to implement the action-oriented hashtags. Like the artists previously heard in Oreo’s Wonderfilled campaigns, Tegan & Sara did not write their jingle. However, a team of copywriters at The Martin Agency have worked closely with each artist to write a song that best represents their respective musical style — and sometimes even inspired by it.

Listen to the jingle here.