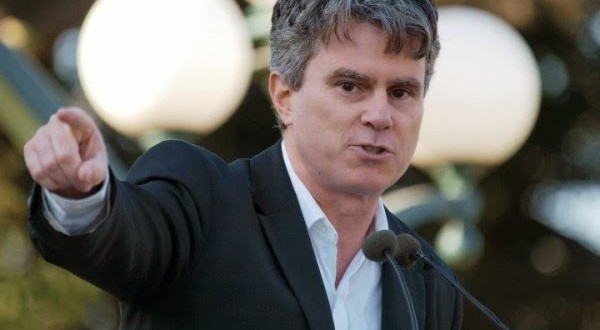 “I’ve said this several times in Texas before and I’ve said it to Mr. Cruz as a representative of the Texas government, I’ve said it to Gov. (Rick) Perry directly, and now I’m going to say it to you as individual Texas citizens. You will see a lot of cars coming west heading east on Interstate 10, and they’re going to have California license plates on them. Now, if you see these cars pull into rest areas or hotels or restaurants, that’s fine; wave goodbye, make sure they go out on the Louisiana end. But if you see them pull off into residential areas, you need to open fire on these vehicles immediately. Immediately. Not with 9mm or AR rounds; you need to put mortars on those things, you cannot take any chances. What’s the worst that could happen to you? I mean, honestly, this is Texas, right? You’ll stand in front of a Texas judge, (and) he’ll say, ‘Did you shoot up that car full of Californians?’ You’ll say yes, he’ll say why. You’ll say, ‘Well, your honor, they needed killing.’ And he’ll say, ‘We’ll strike a medal in your honor,’ and off you go.” – Right wing blogger Bill Whittle, drawing big laughs while warming up for Sen. Ted Cruz at a Tea Party rally keynoted by Cruz. Video at the link.