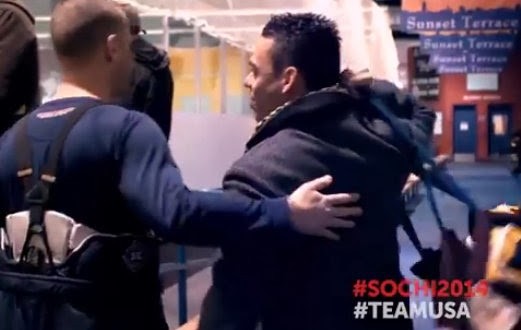 In honor of Team USA’s participation in the 2014 Winter Olympics (February 7-23) and Paralympics (March 7-16) in Sochi, Russia, the U.S. Department of State has produced a one-minute video highlighting the diversity of the U.S. athletes competing in the Games as well as everyday Americans. The video focuses on the theme “We Are All Athletes,” to promote diversity, social inclusion, sportsmanship, and teamwork. “We Are All Athletes” showcases U.S. Olympians, Paralympians, and recreational athletes of various backgrounds, including gender, race and ethnicity, religion, sexual orientation, and abilities. Viewers are encouraged to join the U.S. Department of State in cheering on Team USA to bring home the gold by sharing the video and discussing it via the hashtags #Sochi2014 and #TeamUSA.

The clip is also available with Russian subtitles. Ahem.