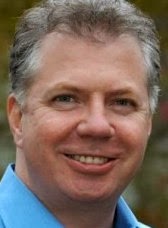 Seattle’s Gay Mayor On Nightclub Arson: Let The Police Do Their Job

“Less than an hour after I officially became Seattle’s first gay mayor, there was an arson at Seattle’s oldest gay nightclub with a potential for considerable loss of life. I am not just invested as the chief law enforcement officer of this city in bringing this case to justice, I am personally invested. But we also need to let our law enforcement professionals do their job, which they are doing with utmost diligence, caution, and concern for public safety. In the end, we want a conviction, and I’m asking for patience on the part of the public.” – Seattle Mayor Ed Murray, responding to the public demands for action after a local man was identified as possibly being the arsonist in a New Year’s Eve fire at a packed gay nightclub. The suspect has not been arrested.