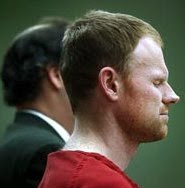 Mitchell Munro Taylor of Seattle was arrested Thursday night, two days after Mayor Ed Murray’s staff found more than 20 threatening, anti-gay postings from the man’s account on Murray’s Facebook page, court documents said. One post said “Mayor, meet Harvey Milk,” a reference to a gay rights activist and San Francisco board of supervisors member who was fatally shot in 1978, The Seattle Times reported. Another post on the mayor’s page said “death to socialist council member.” Kshama Sawant is the first socialist City Council member in Seattle’s modern history. While she was not named directly, police said they think she was the target of that post. Taylor was held on suspicion of two counts of cyberstalking and two counts of malicious harassment.

A lawyer for Taylor claims that his client has Asperger’s Syndrome and is not taking his medications. Bail has been set at $600K.