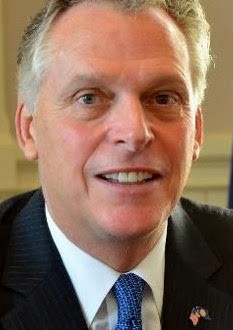 Quote Of The Day – Terry McAuliffe

“I share your view that the effective administration of our legal system requires zealous advocacy on all matters before the courts. In the present case, Virginia’s same-sex marriage ban is being vigorously and appropriately defended by the Clerk of Court for the City of Norfolk and the Clerk of Court for Prince William County. Accordingly, I respectfully decline to appoint special counsel in this matter.” – Virginia Governor Terry McAuliffe, in a response to crackpot state Del. Bob Marshall, who sent him a letter also signed by other state GOP legislators. Virginia AG Mark Herring has joined the lawsuit brought by AFER and opening arguments begin on Thursday.

PREVIOUSLY ON JMG:  In September, Marshall petitioned the US Supreme Court to overturn Virginia’s legalization of sodomy. In 2011 Del. Bob Marshall claimed it is a felony for a state office to fly the rainbow flag. Marshall has also called on Virginia to issue its own currency, and has claimed that God punishes women who have abortions by giving them deformed children. After the DADT repeal bill passed, Marshall tried to have gays banned from the Virginia National Guard.  More recently, Marshall attempted to block the appointment of an openly gay state judge because the nominee has “an illegal husband.”

NOTE: The first draft of this post wrongly attributed the quote above to Herring. My apologies for switching the names.