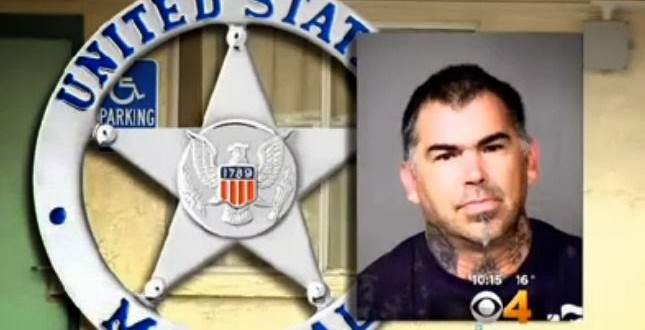 A Colorado Springs pastor is accused of soliciting gay men for sex online, then attacking them and robbing them under the guise of a U.S. marshal making an arrest. According to Denver’s CBS Channel 4, friends and relatives of Set Free Christian Ministry’s Rev. Michael Abromovich are completely baffled to discover his secret other life. Abromovich allegedly used the online classified ad site Craigslist to solicit other men for sex. Using the name “Mike,” Abromovich allegedly lured a man to a Motel 6, then leapt from the car, shouting, “U.S. marshal!” He then threw the man against the door, handcuffed him and pointed a gun — which police now believe was a paint gun — at him. Abromovich reportedly confiscated the man’s laptop, iPad, cell phone, money and debit card. According to court documents, “Mike then told him they were taking his computers and phone to be sent to the lab to look for evidence.” He then told the victim that he would come to his house in the morning “to discuss the case with him and impound his vehicle at that time.”

The pastor was apprehended in Arizona when police became suspicious after he showed them a badge during a traffic stop. He has been extradited back to Colorado where he faces charges of kidnapping, robbery, and impersonating an officer. Local police believe that there may be other victims who are afraid to come forward.

Previous Jason Collins: I’m Ready For The SOTU
Next State Of The Union: Open Thread