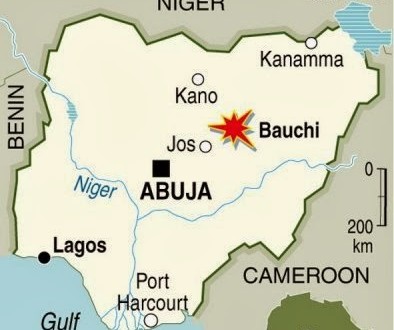 A Nigerian man has received 20 lashes after an Islamic court in the northern city of Bauchi convicted him of homosexual offences. Under Islamic law, courts can punish homosexual acts by stoning to death. But the judge said he took into account that the Muslim man, Mubarak Ibrahim, 20, carried out the acts seven years ago, and had stopped the practice. Mr Ibrahim told the BBC he was relieved that Judge Nuhu Muhammad had been lenient on him and had not sentenced him to death. The BBC’s Ishaq Khalid was in court when Mr Ibrahim was lashed with a whip, made of animal skin smeared with oil. Mr Ibrahim, who had pleaded guilty to the charge, was ordered to lie on a bench, and an official whipped his back in front of a packed courtroom, our correspondent says. Mr Ibrahim screamed in pain while being lashed, but was able to walk afterwards, he adds.

Dozens of men have been arrested since Nigeria super-criminalized homosexuality earlier this week.

Previous One Million Moms Vs ABC’s The Fosters
Next Linda Harvey: God Wants Children To Be Grossed Out About Homosexuality