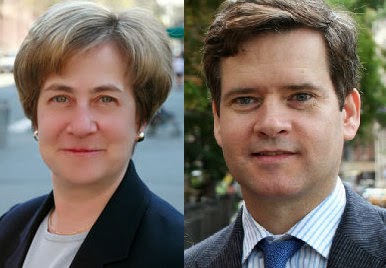 Via press release from the Empire State Pride Agenda:

This legislation would protect LGBT youth from so-called therapists who use dangerous and discredited practices aimed at changing their sexual orientation or gender identity or expression. “Trying to change someone’s true identity through so-called therapy is a dangerous practice that can seriously harm our LGBT youth,” said Pride Agenda Executive Director Nathan M. Schaefer. “Anyone who says they can change an LGBT person from being who they are is preying off of fear and confusion to sell a practice that doesn’t work and causes lasting harm.” “We are happy that Empire State Pride Agenda is advocating for this important legislation,” said Assemblymember Deborah Glick (D – Manhattan). “Stronger laws to protect LGBT youth from being subjected to these unsafe and disproven practices are long overdue.” “Banning this so-called ‘therapy’ is a bipartisan issue. Since last spring, legislation prohibiting it has passed with bipartisan support in New Jersey and was upheld by a federal court in California,” said Senator Brad Hoylman (D,WFP – Manhattan). “It’s time for New York to protect our kids from this insidious practice, which has been thoroughly discredited by experts and poses a serious threat to the health and well-being of LGBT youth.”

Similar bills have passed in California and New Jersey. Last week a similar bill was introduced in Maryland.