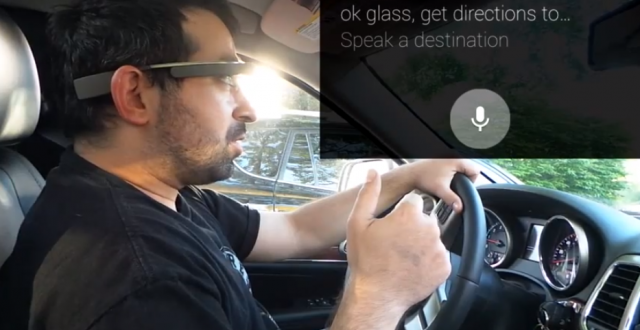 NEW YORK: Assembly Gets Bill To Ban Google Glass Use While Driving

New York state Assemblyman Felix Ortiz (D-Brooklyn) has introduced a bill banning the use of Google Glass while driving.

“I will continue the fight to keep our highways safe as I have done for many years,” said Ortiz, who referred to Google Glass as “extremely dangerous technology.” Ortiz was also responsible for spearheading a bill in 2001 to outlaw the use of handheld cellphones while driving. He hopes the new legislation will expand the existing law to include Google’s high-tech specs, he said. Ortiz cited the case of a California woman who was ticketed for speeding while wearing the $1,500 glasses in October as an example of why this legislation is needed. The woman, Cecilia Abadie, posted her ticket online, asking for legal advice.

Google Glass has the potential to make driving safer, not more dangerous, the Google spokesman said. An app called DriveSafe, created by developer Jake Steinerman, keeps drivers awake, alert, and informed while behind the wheel, the spokesman said. By simply saying, “OK Glass, keep me awake,” the Glass wearer gets audible alerts if Google Glass senses that the driver is dozing off behind the wheel. “I think those trying to ban Glass while driving stems from a fear of the unknown,” said Steinerman, who said he regularly drives while wearing his Google Glass.

Google Glass is still not available to the general public.

Previous Headline Of The Day
Next MINNESOTA: Democrat Introduces “Ex-Gay” Torture Ban That Could Put Ladybird Bachmann Out Of Business