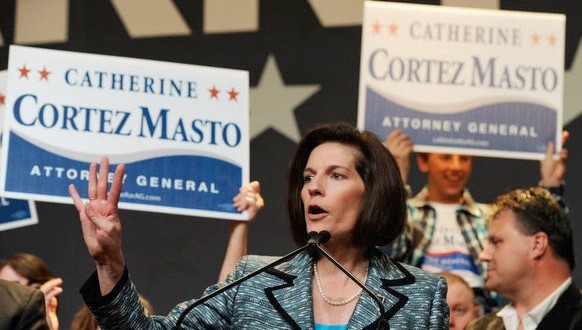 Two days ago Democratic Nevada Attorney General Catherine Masto earned widespread criticism when she filed a defense brief that compared same-sex marriage to incest and bigamy. Last night Masto declared that she is reconsidering that brief in light of the Ninth Circuit Court’s application of heightened scrutiny in an unrelated ruling that gays cannot be peremptorily booted off of juries. Here is her statement:

“A potentially significant case was decided by the Ninth Circuit on Tuesday of this week, the same day that a brief was filed on behalf of the State in Nevada’s same-sex marriage case. The Ninth Circuit’s new decision, entitled SmithKline Beechum Corp. v. Abbott Laboratories, appears to impact the equal protection and due process arguments made on behalf of the State. After careful review of the SmithKline decision these arguments are likely no longer tenable in the Ninth Circuit. This office will conduct further review over the weekend in order to evaluate the State’s argument in light of SmithKline. We will be discussing this with the Governor’s Office next week.”

Could it be that Masto will drop her defense entirely?