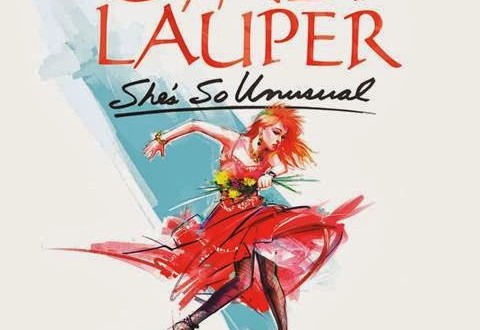 Sony Music has given JMG the distinct privilege of the exclusive hosting of the Bent Collective Remix of LGBT icon Cyndi Lauper’s classic Time After Time, which comes from a brand new package that celebrates the 30th anniversary of the release of She’s So Unusual.

Music icon Cyndi Lauper will celebrate the anniversary of her groundbreaking, record-setting debut album with She’s So Unusual: A 30th Anniversary Celebration which will be released through Legacy Recordings, a division of Sony Music Entertainment, on April 1, 2014 and is available for pre-order on iTunes and Amazon now. The 2-CD deluxe edition will feature the original album, rare demos, live concert recording as well as remixes by some of today’s hottest DJs and producers including NERVO, Bent Collective and Yolanda Be Cool. The collection will also be made available as a solo CD (original remastered album and 3 new remixes) as well as a 1-LP vinyl (includes an insert for download of 3 new remixes).  In addition to rare and never-before-heard recordings, the physical deluxe edition includes an unusual surprise. The collection includes a reusable sticker set, including vinyl cut outs of Lauper’s cutting-edge outfits and accessories that can be arranged in different combinations on a 3D fold-out backdrop of the bedroom featured in her iconic “Girls Just Want To Have Fun” music video. Journalist and author Jancee Dunn, who worked with Lauper on her 2012 New York Times Best Selling autobiography, authored the detailed liner notes.

She’s So Unusual spent 65 weeks on Billboard’s album Top 40 and sold over 28 million copies worldwide. The first four singles from the album reached the Billboard singles Top 5, including the Grammy-nominated Time After Time, which spent two weeks at #1 in 1984 after its release 30 years ago this week.