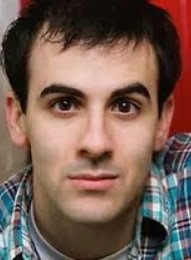 “It’s time for the LGBT community to stop fearing the word ‘choice,’ and to reclaim the dignity of sexual autonomy. The aversion to that word in our community stems from belief that if we can’t prove that our gayness is biologically determined, then we won’t have grounds to demand equality. I think this fear needs to be addressed and given up. In America, we have the freedom to be as well as to choose to be. I see no reason to believe that the only sexualities worth protecting are the ones over which one has no control. After all, isn’t trans activism fueled by the belief that the government has the responsibility to protect all of us regardless of our sexual choices? And aren’t protections for bisexuals based upon the same presupposition of sexual autonomy? Perhaps the L and G factions of our community would do well to follow the political lead of the Bs and Ts on this issue.” – Homocon writer Brandon Ambrosino, in a New Republic piece titled “I Wasn’t Born This Way, I Choose To Be Gay.” Stand by his article to be trumpeted by every single anti-gay group and website in the nation.

RELATED: Go read John Aravosis’ take-down of the above piece, where he also reminds us that Liberty University graduate Ambrosino has also declared that Jerry Falwell was really an OK guy.

Previous Ninth Circuit Court To Liberty Counsel: Didn’t We JUST Tell You To Fuck Off?
Next Virginia Marriage Case Postponed