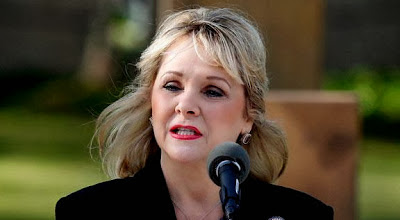 “In 2004, the people of Oklahoma voted to amend the state’s constitution to define marriage as ‘the union of one man and one woman.’ That amendment passed with 75 percent support. The people of Oklahoma have spoken on this issue. I support the right of Oklahoma’s voters to govern themselves on this and other policy matters. I am disappointed in the judge’s ruling and troubled that the will of the people has once again been ignored by the federal government.” – Oklahoma Gov. Mary Fallin, who in November ordered the National Guard to refuse to register all spouses for benefits rather than allow the spouses of gay National Guard soldiers to do so.