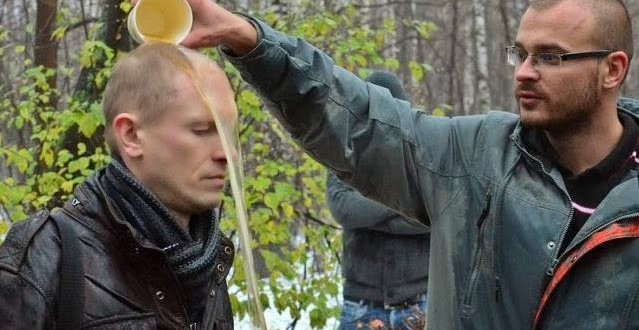 According to posts on Martsinkevich’s VKontakte social networking page, he was in Cuba as early as December 10. According to the visa agreement between Russia and Cuba, Russians are allowed to stay without a visa for 30 days. That means he either needs to get a visa now, stay illegally or leave. And he says he doesn’t have the money to fly home. In a post on his blog today, he talks about flying from Kiev to Havana via Frankfurt, and expounds on the lack of virtues of the German airport. Martsinkevich does not find German women attractive. He says nothing about his visa situation or future travel plans.

Attention! Official dispatch from Freedom Island (i.e. Cuba)! An offer regarding the investigation and trial. The case against me is very unusual. There are no victims. No damages. The investigation was done by incompetents. The crimes were committed virtually. I was charged without being present. I was arrested in absentia. Contrary to Interpol statutes, there has been an international arrest warrant issued in my name. I do not recognize my guilt. I am currently in Latin America and do not have the money to return to Russia. Given the above and thinking logically, I ask the following: To hold the questioning and trial in the open for the mass media to observe, with me being present via Skype. In case of conviction, I offer to serve the prison term virtually, by placing an avatar behind bars for the amount of time designated by the court. That would be fair and just, and would help bring about legal innovation. If you agree, repost this message. Sincerely, Maxim Martsinkevich.

RELATED: Last month I reported on Martsinkevich’s vicious attack on a contestant from Ukraine’s version of American Idol.