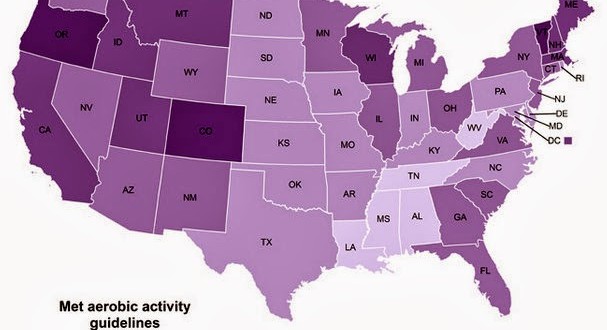 The darkest states are the most aerobically fit according to this study.

Colorado tops the list among states, with 61.8 percent of adults meeting the standard for aerobic exercise; Oregon is second (61.1 percent), followed by Vermont (59.2 percent), Hawaii (58.5 percent) and California (58.2 percent). On the flip side, the lowest levels of participation in aerobic exercise are found in southern states – Tennessee (39 percent), Mississippi (40 percent), Louisiana (42 percent), Alabama (42.4 percent) and West Virginia (43 percent).