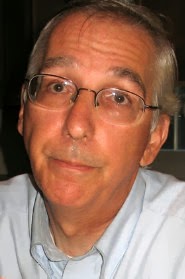 Email Of The Day – Eugene Delgaudio

“Dear Joe, The Homosexual Lobby and their allies in the media have unleashed an attack on my livelihood as a humble public servant. Several newspapers — including the Washington Post — have published articles that dredge up the anti-Family Southern Poverty Law Center’s dishonest mislabeling of Public Advocate as a ‘hate group.’  They want to silence me. And they want to silence the nationwide grassroots network of pro-Family activists that you and I have worked so hard to build over the years. Just like they tried to silence popular television personality Phil Robertson when he made strong comments defending his Christian views on traditional marriage. Please chip in $10 or $20 or even $35 to help Public Advocate stand strong against the Homosexual Lobby. I must admit that sometimes these personal attacks get to me. But when I hear from Public Advocate supporters like you it gives me the courage to redouble my resolve.” – Eugene Delgaudio, whose 18th money beg of 2014 does not mention that the above-cited WaPo article reports on this week’s order by a court to show cause why he shouldn’t be booted from office.

UPDATE: According to this 2010 chart, Loudoun County supervisors have an annual salary of $39,674.  And according to a recent 990 tax filing by Public Advocate, that year Delgaudio pulled in $1,456,511, from which he paid himself $171,606. Where that other $1.2M went is anybody’s guess. Yeah, the evil gays are really attacking his livelihood.