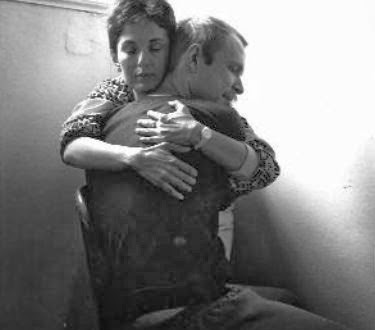 One of the most beautiful and moving aspects of the early plague years was the unprecedented response of the lesbian community. Our sisters stepped up when no one else would and became caregivers, companions, and fierce advocates. While the marriage equality movement has certainly united gay men and lesbians, in the early years of HIV/AIDS the two communities were at best politically wary of each other and as this A&U article notes, many lesbians felt deliberately disenfranchised from the then-young gay rights movement. I’ll never forget attending a meeting at Fort Lauderdale’s AIDS Center One in the mid-80s, looking around in wonder and awe at all the young lesbians in the room, and thinking, “Where did they come from?”

NOTE: The achingly gorgeous photo at the top is this post is by lesbian photographer Gypsy Ray, whose Living With AIDS: Collaborative Portraits book appears to be out of print but is well worth hunting down.