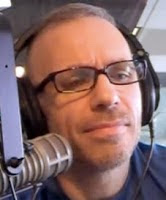 “The Duck Dynasty controversy has become so ugly so fast. It’s time to just call it what it is. Religious zealots like Duck Dynasty star Phil Robertson are using the Bible to defame a group of people and excuse horrible actions against that group in the name of their Bible, refusing responsibility for the hate their words condone and inspire. And much of the media seems to be going along with it because the Robertsons, a Louisiana family with a reality TV show on A&E, are home-spun country people whom everyone seems to love. I’m seeing way too much defense of this crap as free speech — as if every corporation is forced to allow its employees to spew vile and offensive defamation against people. Try telling your boss that he or she is like a pig-f**ker and see how long you keep your job. Just tell him or her it’s in the Bible, and see if that keeps you from getting shown the door immediately without collecting your stuff.” – Michelangelo Signorile, writing for the Huffington Post.