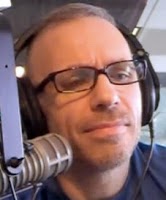 “Let’s cut the ageist crap. The ‘yuk’ is a display of nothing but disgust for someone older. Yes, [Dustin Lance] Black is old enough to be [Tom] Daley’s father. But he’s not. If Black were just a couple of years older than Daley, he could be his brother too. But he’s not. Shocking news for you: You’re all going to be old. And your tastes are going to evolve over time. Some younger people are attracted to older people, and vice versa. There’s even a gay website called Daddyhunt. The famed novelist Armistead Maupin’s 27-years-younger husband, Christopher Turner, founded it. They met on another one of Turner’s sites, HotOlderMale.com. If that’s not your thing, it’s totally cool, but in that case just shut your mouth.” – Michelangelo Signorile, writing for the Huffington Post.