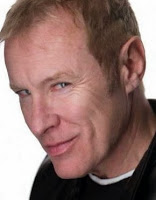 “Johnny Weir is an insufferable, entitled twit, to say the least. Fine. But he’s NBC’s Token Olympic Gay, and many people’s only perceived authority on Putin’s Russia. So when he starts peppering his NBC color commentary with lies, gently but confidently faux-explaining how ‘it’s really not so bad over there’ and ‘what a shame’ that a small number of troublemakers have to ‘put a black cloud over (Sochi) for everyone,’ he becomes a highly-paid, highly dishonest, highly dangerous quisling. Shame.” – Queer Nation member Ken Kidd, writing on Facebook.