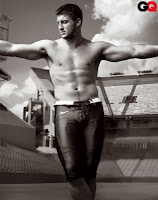 Via press release from ESPN:

Former Florida quarterback and Heisman winner, Tim Tebow, has been hired as a college football analyst for the SEC Network launching in August 2014. Through a multi-year agreement, Tebow’s primary role will be as an analyst for SEC Nation, the network’s traveling pregame show that will originate from a different SEC campus each week beginning August 28, 2014. In the months leading up to launch and after, he will contribute to a variety of ESPN platforms including SportsCenter, ESPN Radio, and the network’s Heisman Trophy coverage, offering in-depth perspective as a legendary Southeastern Conference player.

Tebow makes his debut on January 6th for the BCS National Championship game.