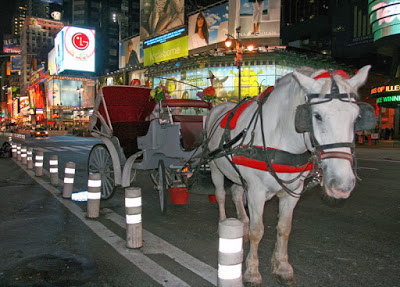 The New York Daily News reports that one of the first acts by Mayor-elect Bill De Blasio will be to ban horse-drawn carriages, which have long been the target of animal rights activists.

“We are going to get rid of the horse carriages. Period,” de Blasio said in response to a question at his press conference announcing his schools chancellor pick Monday. “It’s over,” he said. De Blasio said he would work with existing drivers to set them up with alternative vehicles to ferry tourists around Central Park. De Blasio and advocacy groups who support him say it’s inhumane to make the horses work the dangerous city streets, but drivers insist their horses are well cared for and there’s no reason to end the industry.

The carriage industry has vowed to fight the city in court.