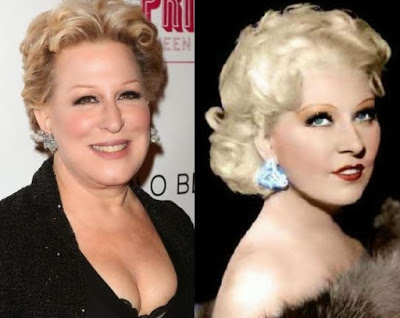 The Divine Miss M. is taking on the great Mae West. HBO Films has put in development Mae West, a movie about the true Hollywood original, with Bette Midler attached to star and executive produce. The project is the brainchild of William Friedkin (The Exorcist), who will direct and executive produce. Broadway heavyweight Harvey Fierstein, who recently penned the book for Tony-winning musical Kinky Boots, is writing the script. Also executive producing is Jerry Weintraub, who executive produced HBO Films’ Emmy-winning Behind The Candelabra. Mae West, based on West’s autobiography Goodness Had Nothing To Do With It, chronicles West’s rise into stardom when she takes New York by storm after writing and starring in her scandalous Broadway show Sex and battles authorities over obscenity charges.