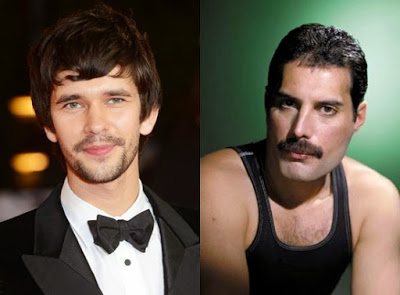 Openly gay British actor Ben Whishaw has been cast to play Freddie Mercury in a biopic to be directed by Dexter Fletcher.

Mercury died in 1991 of complication from AIDS, but it is said his last days will not be the subject of the film. Sacha Baron Cohen was due to play the Queen frontman but left the production in July over “creative differences” with the band. The Borat star reportedly wanted to make a gritty “tell-all” about the gay singer, while the band wanted a more family-friendly film. Whishaw, who starred in BBC TV series The Hour, is due to reprise his role as Q in Bond 24 in 2015. He will also star as Herman Melville in The Heart of the Sea, a Warner Bros film about the whale attack that spawned Moby Dick.

The film will reportedly end with Queen’s legendary Live Aid performance in 1985.

Previous Actress Eleanor Parker Dies At 91
Next Ian McKellen: The British Government Warned Me Against Traveling To Russia