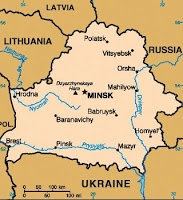 Authorities in Minsk have banned two gay-rights events, but Belarusian activists have vowed to go ahead anyway. Authorities blamed their decision not to allow a lesbian, gay, bisexual, and transgender (LGBT) march planned for December 11 and a gay-rights rally planned for December 12 on “technical” and timing problems. The GayBelarus national youth civic association condemned the ban, saying that the unwillingness by authorities to discuss different formats and times for the events “constitutes deliberate contempt of civil and political rights and freedoms.”

Belarus decriminalized homosexuality in 1994, but there are zero LGBT rights or protections at any level.