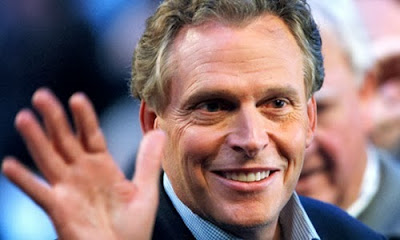 Via the Human Rights Campaign:

Signaling a new day for LGBT equality in Virginia, Democrat Governor-elect Terry McAuliffe said in his first press conference that his first executive order will be to ban discrimination against LGBT state employees. “In his first day as Governor-elect, Terry McAuliffe has declared a new day for LGBT equality in the Commonwealth of Virginia,” said HRC National Field Director Marty Rouse. “Inclusion and equality won in yesterday’s election, while the politics of hate and discrimination were soundly defeated. We look forward to working with the governor-elect on moving Virginia forward.”

RELATED: Shortly after he took office in 2010, outgoing Virginia Gov. Bob McDonnell refused to renew an executive order that protected LGBT state employees from discrimination. Because he could find no evidence that such discrimination even existed.