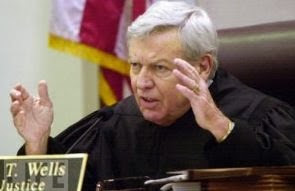 The University of Central Florida (my alma mater!) has hired the former chief justice of the Florida Supreme Court to defend themselves against demands that they produce the emails leading up to the publication of Mark Regnerus’ discredited study on gay parenting. Via the Human Rights Campaign:

A judge ruled the university had to release the documents, deemed public records under Florida law. Late last week, UCF retained legal counsel and ignored the court order. The Law Office of Andrea Flynn Mogensen, P.A., and Barrett, Chapman & Ruta, P.A – which represents John Becker, the reporter who initially sought the documents under Florida public records law – immediately filed an emergency motion for civil contempt.  “What is UCF hiding?” asked Becker. “And why are they fighting tooth and nail – spending taxpayer dollars in the process – to keep these public records under seal?” UCF has retained Charles Wells, former Florida Supreme Court Chief Justice, to serve as lead counsel in the case. “These latest stalling tactics are typical of the way UCF has conducted itself throughout this entire months-long ordeal,” said Becker. “Instead of respecting the rule of law in Florida and turning over these public records, the university has stonewalled and obstructed at every turn. Nevertheless, I’m confident that we will prevail in the end and uncover all the public records, including even more of the anti-LGBT animus behind Regnerus’ research.”