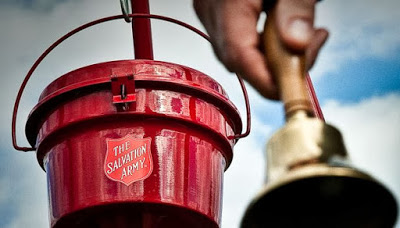 Truth Wins Out called on people today to withhold holiday donations from The Salvation Army until the organization removes all anti-LGBT materials from its website, starting with two “ex-gay” ministries that are listed as sexual addiction resources. “Don’t drop change in The Salvation Army’s bucket until it changes its website into a platform that doesn’t refer clients to dangerous groups that attempt to pray away the gay,” said Truth Wins Out Executive Director Wayne Besen. “Ex-gay organizations are harmful, ineffective, and rejected by every mainstream mental health association in the world.”

The existence of this resource was surprising, considering that The Salvation Army’s public relations arm has launched a new campaign that portrays the organization as pro-LGBT. On its website is a page that “debunks the myth of LGBT discrimination.” According to the website: “For years, Facebook posts, forwarded emails and rumors have been leading some people to believe that The Salvation Army does not serve members of the Lesbian, Gay, Bisexual and Transgender (LGBT) community. These accusations simply aren’t true.” [snip]

“While we appreciate The Salvation Army’s recent outreach to the LGBT community, we won’t settle for cheap spin, we insist on substance,” said TWO’s Wayne Besen. “If The Salvation Army is truly committed to non-discrimination, it will immediately eliminate these “ex-gay” groups as resources, and scrub its entire website of all anti-gay materials.”