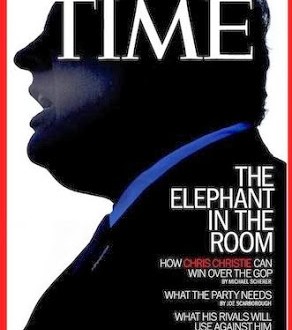 The Next Issue Of TIME

Next to a shadowy profile of newly-reelected New Jersey Governor Chris Christie, the cover reads, “The Elephant in the Room,” a triple pun on Christie’s party, his uncomfortable status within it, and, most troubling to the tweepsters, his weight. Despite Christie’s party affiliation, the cover drew much of its criticism from liberals, and even from old Time employees.

Previous Tony Perkins Vs Sen. Rob Portman
Next The DNC Spikes The Ball