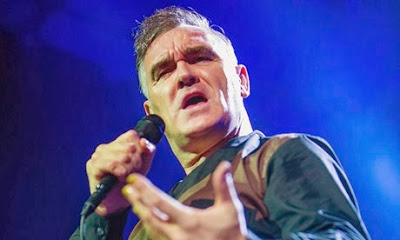 “Please ignore the abysmal example set by President Obama who, in the name of Thanksgiving, supports torture as 45 million birds are horrifically abused; dragged through electrified stun baths, and then have their throats slit. And President Obama laughs. Haha, so funny! As Ingrid Newkirk from PETA points out, turkey ‘meat’ is one of “our nation’s top killers”, causing heart-attacks and strokes in humans due to saturated animal fats and cholesterol. And President Obama laughs. Further, the meat industry is responsible for 51% of human-caused greenhouse-gas emission, therefore the embarrassingly stupid White House ‘turkey pardon’ is open support for a viciously cruel and environmentally irresponsible industry. And President Obama laughs.” – Morrissey, in an online post titled “Happy Thankskilling.”

RELATED: Here’s another message from Ingrid Newkirk: “Even if animal experiments did result in a cure for AIDS, of which there is no chance, I’d be against it on moral grounds.”