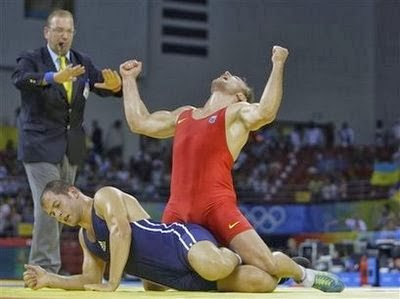 “Wresting has been an Olympic sport ever since the Olympic Games were started in ancient Greece. The opposition to wrestling was probably coming from the feminists who do not excel in the sport of wrestling, and who dislike anything that is truly masculine, as wrestling certainly is. I’m happy to report that our campaign was successful and wrestling will remain as one of the sports in the Olympic Games. If any sport could be targeted for elimination, I suggest ping-pong. I don’t think that is really a sport worthy of inclusion. Even I can play ping-pong, and I’m no athlete. The attempt to cancel wrestling was really a political decision rather than anything to do with athletics. Let’s hope the public wakes up to the feminist war against manly sports and begins defending sports and exposing the nonsense of the feminists.” – Phyllis Schlafly, claiming to have personally convinced the International Olympic Committee to reinstate wrestling for the 2020 Games.