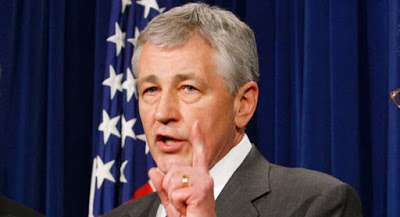 Today, I directed the Chief of the National Guard Bureau, General Frank Grass, to take immediate action to remedy this situation. At my direction, he will meet with the Adjutants General from the states where these ID cards are being denied. The Adjutants General will be expected to comply with both lawful direction and DoD policy, in line with the practices of 45 other states and jurisdictions. Whether they are responding to natural disasters here at home, in their states, or fighting in Afghanistan, our National Guardsmen all wear the uniform of the United States of America. They are serving this country. They – and their families – are entitled to all the benefits and respect accorded to all of our military men and women.

Previous David Barton: Global Warming Is Actually The Judgment Of God
Next Fischer: Satan Is In The White House