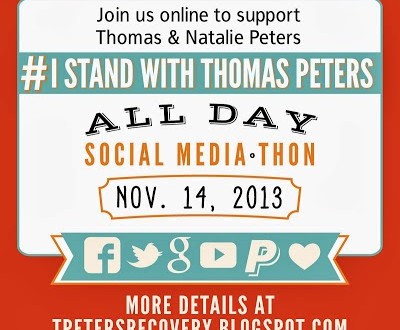 Prior to the July swimming accident that left him a quadriplegic, when NOM communications director Thomas Peters wasn’t tweeting against gay marriage, he was issuing regular denouncements of Obamacare.  But now that he’s at the literal mercy of our current broken medical system,  a campaign for donations will be launched across social media later this week. I doubt that the irony of this situation weighs much on the minds of his supporters – after all, one of the linchpins of the anti-Obamacare arguments is that “society” and not the government should provide. Among the items that Peters needs help paying for are prescriptions, home health aides, and most ominously, his COBRA premium, which suggests that he’s already lost his regular insurance coverage as an employee of NOM. I don’t know how much better Peters’ situation would be had Obamacare been in full effect when he suffered his injury, but I doubt it would be worse. The goal of this week’s fundraiser is $25,000, which is a tiny fraction of what NOM has spent just in the last few months in their failed attempts to thwart the civil rights of Thomas Peters’ fellow Americans.