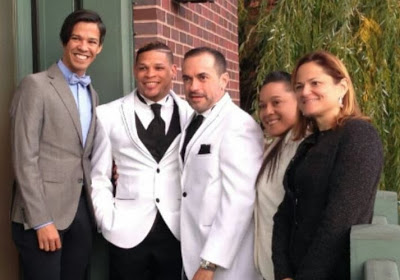 New York City Councilmember Melissa Mark-Viverito, who is among the frontrunners to succeed outgoing New York City Council Speaker Christine Quinn in the position, officiated the ceremony. Pedro Julio Serrano of the National Gay and Lesbian Task Force and Shirley Casiano were witnesses. Cruz in Oct. 2012 became the first active professional boxer to come out as gay. He wore trunks with a Puerto Rican flag in rainbow colors during his match against Mexican boxer Orlando Salido in Las Vegas last month for the WBO featherweight championship. Salido knocked Cruz out in the seventh round.

Previous Get In The Game
Next The Second Revolution Starts Tomorrow