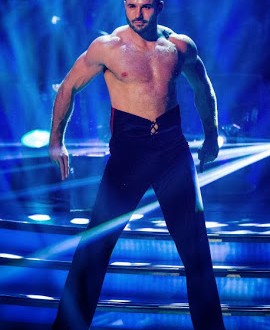 Strictly Come Dancing contestant Ben Cohen caused quite a stir on the Strictly dancefloor after he shed his shirt to perform the paso doble. The rugby ace had previously made an impact when he stripped to a vest to perform the salsa with partner Kristina Rihanoff – but took things one step further with Saturday’s semi-clad performance. And unsurprisingly viewers flocked to Twitter to give the performance a resounding thumbs-up. ‘Ben Cohen becoming my fav #strictly contestant! Nothing to go with being topless…..much!’ tweeted one viewer, while another said: ‘Ben Cohen 10/10 for just existing.’ Another added: ‘In my humble opinion, Ben Cohen’s dance tonight just wasn’t long enough’, while a fellow fan tweeted: ‘Ben Cohen with no top on is all Strictly needs.’

His score tonight was 32.