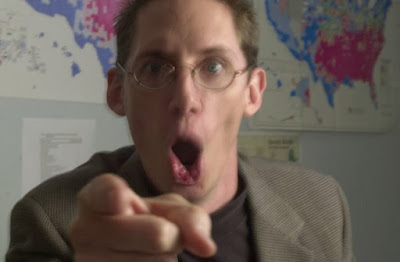 In the third of their four part series on the influence of American hate groups on Russia’s anti-gay movement, today Right Wing Watch reports that the infamous study by discredited Texas researcher Mark Regnerus was cited in the pending Russian bill that authorizes the government to seize children from the custody of their gay parents.

When Russian lawmaker Alexei Zhuravlyov introduced a bill that would allow the state to remove children from openly gay parents – classifying homosexuality along with drug abuse and child abuse as offenses that merit the loss of custody – gay rights activists noticed something interesting in the text of the bill. Zhuravlyov, who insisted, “In the case when a parent has sexual contact with people of their own gender, the damage that can be inflicted on the psyche of a child is enormous,” had in the text of his bill quoted extensively from a 2012 study conducted by University of Texas researcher Mark Regnerus that purports to show that having LGBT parents harms kids. New evidence shows that the Regnerus study also influenced the architects of Russia’s ban on gay “propaganda” and its ban on the adoption of Russian orphans by gay couples and single people living in countries that allow marriage equality.

More from the report:

When word began to spread that Regnerus’ study was playing a key role in the Russian anti-gay movement, Regnerus backtracked, saying that the Russian effort to remove children from biological parents who are gay or lesbian was a “misuse” of his research. While actively snatching children from gay parents might have been a step too far for Regnerus, he hasn’t stopped pushing his flawed findings around the globe. In fact, the same day that Regnerus claimed that Russian lawmakers had gone too far with his study, the anti-gay Alliance Defending Freedom announced that Regnerus would join it at a panel at the United Nations seeking to inject anti-gay politics into discussions of the UN’s Millennium Development Goals.

Hit the above links and read the full and extensive report from Right Wing Watch.