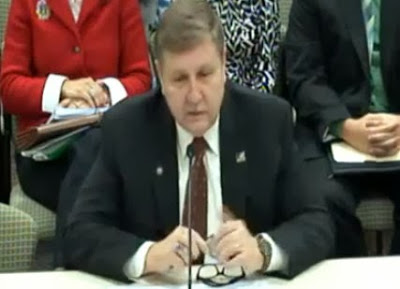 By a vote of 14-9, the Pennsylvania House Education Committee has approved Rep. Rick Saccone’s bill which mandates that “In God We Trust” be posted in every public classroom.  Start the clip below at 8:00 as Democratic reps shred Saccone’s reasoning for the bill. All of the Democrats on the committee voted against the bill, but Republicans currently hold a 19-seat majority in the full House.

RELATED: Last year Siccone introduced a resolution that declared 2012 to be “The Year Of The Bible” and earlier this year he tried to have April 30th declared to be “National Fasting Day.”