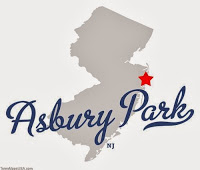 The New Jersey Supreme Court might rule tomorrow that same-sex marriages can begin on Monday, even though it won’t actually hear the full case until January. And the popular gay tourism town of Asbury Park has already begun issuing licenses, just in case.

Asbury Park’s action touched off conflicting legal advice for towns. The Star-Ledger of Newark reported that the state Health Department sent emails to municipal clerks Thursday telling them not to issue any licenses until after the state Supreme Court rules on whether the nuptials will be recognized next week. Meanwhile, the gay rights legal group Lambda Legal said towns should issue licenses so couples can start getting married at 12:01 a.m. Monday. Under state law, there’s a 72-hour waiting period for marriage licenses. A state judge ruled last month that the state had to recognize gay marriage starting Monday, but the administration of Gov. Chris Christie appealed.

From the above-cited Star-Ledger report:

Asbury Park administrator Terence Reidy said the city has fielded at least two dozen calls from couples asking whether it is issuing marriage license applications. He said he’s told them yes. “We’re doing it so that we’re ready,” Reidy said. “If something happens — the law changes — the city isn’t going to do anything in violation of any ruling or regulation. We’re being proactive so that when the 21st comes, any couple that wants to be married, they’re ready and we’re ready.” “Absent a legally binding order not to issue these applications, it is our understanding of the law, that we have the right and obligation to begin issuing applications tomorrow,” Reidy said. “Please be clear, this is not a act of civil disobedience, but rather our interpretation of what the law permits at this time.” Jersey City also intends to begin issuing licenses Friday, Mayor Steve Fulop said. “As the largest LGBT community in New Jersey and one of the first in the state to issue civil unions, we are intending on being the first to issue licenses and perform weddings on Monday,” Fulop said in a statement. “We are currently working to ensure that the marriage certificates will be legal and binding.”

Stand by for Brian Brown’s screams about lawlessness!

UPDATE: Newark mayor and US Senator-elect Cory Booker plans to marry gay couples on Monday, should the Court allow it.

Multiple advocates in New Jersey confirmed that the Newark mayor who just won election to the Senate on Wednesday plans to conduct weddings in the first floor rotunda of Newark City Hall after the clock strikes midnight. The only remaining question is whether the New Jersey Supreme Court will issue an order before then putting marriage equality on hold while it considers an appeal of the trial-court decision that led to Booker’s plans. In Newark, the couples being married by Booker are being required to fill out and sign the required marriage license application by 10 a.m. Friday, according to information provided to BuzzFeed. Media coverage, including interviews with the couples, also is being coordinated. The couples, who are invited to bring up to five guests, are being asked to arrive at Newark City Hall an hour prior to the ceremony.

Previous HomoQuotable – Thomas Roberts
Next House Stenographer: The Holy Spirit Sent Me To Deliver A Message To America